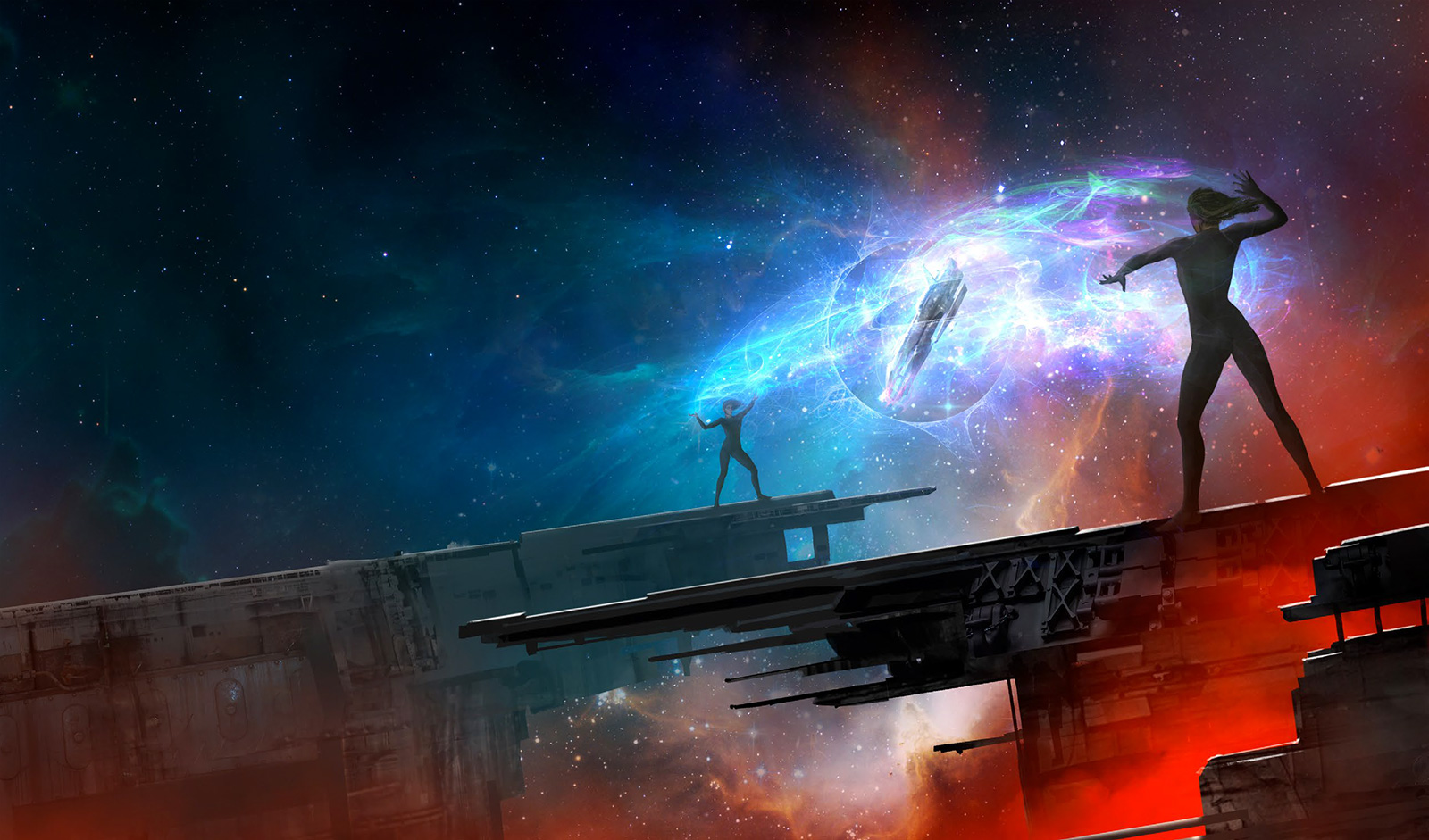 In the science-fiction/fantasy universe of Starship's Mage, humanity's only access to light speed travel lies in the hands of the aristocratic magi. With limited contact between the stars, the Mage-King of Mars relies on his most trusted agents to enforce his rule.

Damien Montgomery begins Starship's Mage—the first book, a collection of five novellas—as a newly graduated Jump Mage who quickly becomes a fugitive while protecting the crew of the cargo freighter Blue Jay. By Judgment of Mars, he has the ear of the highest office in the Protectorate of Mars... and a job that places him at the center of fracturing alliances and a galaxy at the brink of an interstellar war.

The Red Falcon series launched with the novel Interstellar Mage in October 2017. An ex-military Mage and a starship captain set out to do business—but find themselves dragged into politics and an underworld crime war. They owe the galaxy nothing, but find themselves forced to decide what is important: keeping their heads down or keeping the peace.

Praise for the Starship’s Mage Series

“An entertaining space opera. Damien isn’t your usual hero, with bulletproof abs and square chin. He is short and of slight build, but his ethics set him apart. Damien does his absolute best to do what’s right and save people in his care, even if he has to stand up to Mage-king of Mars himself. I own this series and I very much enjoyed it.”

“This series has everything! Action, character, heart, and mystery woven masterfully together in Stewart’s fascinating universe where science and magic stand on equal footing. I love it!”

“What seems like an implausible mix of SF and fantasy at first somehow combines into a thoroughly engaging space opera read that manages to be fun while keeping the tension level high. I’m ready for the next.”

Read an ExcerptBuy the First Book

Read an ExcerptBuy the First Book